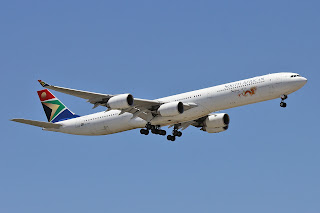 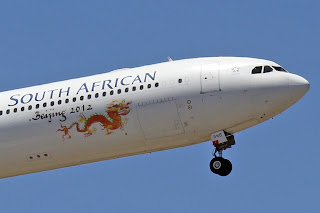 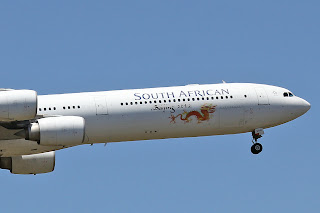 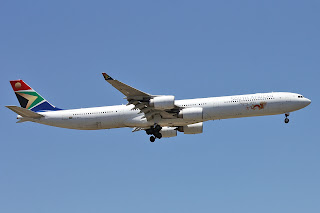 Photos: Mark Lynam
copyright 2012
South African Airways A340-642 ZS-SNG msn 557 (seen here above) arriving into Perth at 12.35hrs on final approach to RWY21, on completion of flight SA280 from Johannesburg (FAJS) South Africa.
This aircraft wears a Red Chinese Dragon on both sides of the forward fuselage with Bejing 2012, to signify the airlines commencement  of non-stop services between South Africa and China, which commenced earlier this year. 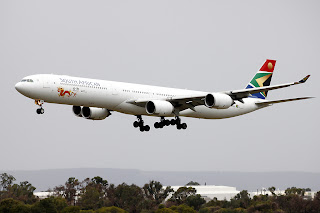 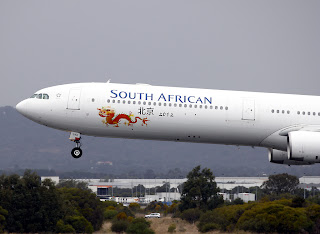 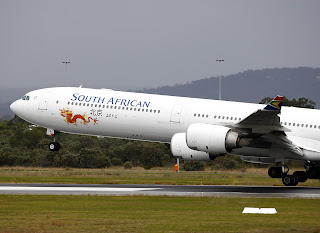 Photos: Duncan Watkinson
copyright 2012
This is only the aircraft's second visit to Perth this year, the last prior visit was back on 6th June 2012, when on that occasion if was photographed by Duncan Watkinson (as seen above). Hexcode: 00B0F1﻿