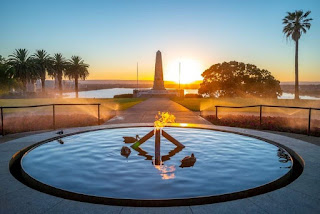 Kings Park War Memorial
The Aircraft Enthusiasts Group of Western Australia (AEGWA) today remember those Australian & New Zealand soldiers who made their ultimate sacrifice in defending for this wonderful country we call Australia for us to enjoy the way of life we so much enjoy today.
Posted by Greg Wood at 5:50:00 AM No comments:

Travel between WA and New Zealand has been suspended while New Zealand health officials complete a risk assessment. A flight due to leave Perth for New Zealand tonight will not take off.

As set out in our Trans-Tasman bubble protocols, travel between New Zealand and Western

Australia has been paused, pending further advice from the state government.

Western Australia’s decision, and any New Zealanders affected are asked to follow the advice