Note: Singapore Airlines A330-343E's will continued to been seen operating into Perth for the foreseeable future as they continue to operate flight/s TR16/17 on behalf of Scoot.com until such time as all of Scoot.com's B787s return back to operational services.
Posted by Greg Wood at 5:07:00 AM No comments: 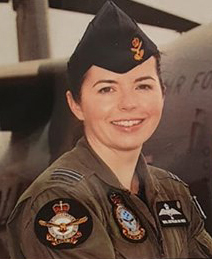 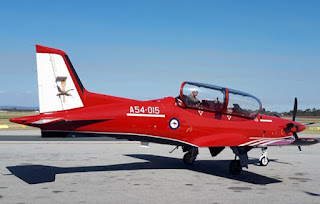 The aircraft departed Jandakot Airport returning to RAAF Base Pearce under the callsign of 'Dugite 12'. Hexcode: 7CF9E6
Posted by Greg Wood at 2:30:00 PM No comments: 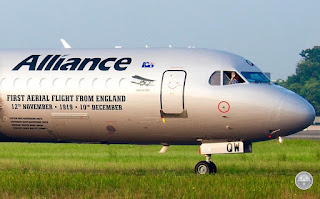 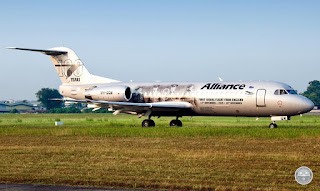 The aircraft "as seen here above" shows the Fokker 70 VH-QQW looking resplendid in her new colours  promoting the First Aerial Flight from England to Australia 12th November 1919 - 10th December departing Subang Airport (WMSA) Malaysia to Juanda Intl Airport (WARR) East Java, Indonesia as flight 'SXI-1915' on the next leg of her return to Perth. 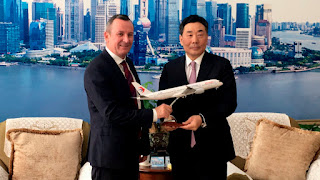 Premier, Mr Mark McGowan making the announcement in Perth today, was hopeful that direct flights between Shanghai & Perth would become permanent after the trial concludes end of February 2020.

China Eastern Airlines operates a fleet of 29 Airbus A330-243 aircraft, the type that will operated on this new Shanghai to Perth trial route.

All Nippon Airways (ANA) B787-8 Dreaminer JA814A c/n 34393 operating today's 'NH882' return flight from Perth to Tokyo 'Narita' failed to depart on time returning to Tokyo, & is now re-scheduled to return to Japan at 22.05hrs on Friday 20th September.

Friday, 20th September:
It is reported that B787-8 Dreamliner had an engine related issue that prevented its departure ex: Perth, resulting in the necessary part/s being sourced & fitted into the aircraft's engine today with an expected departure to be advised. 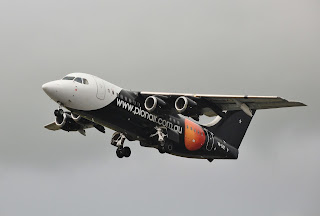 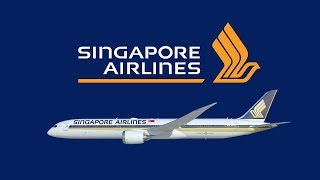