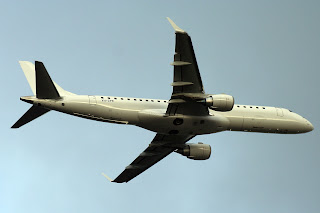 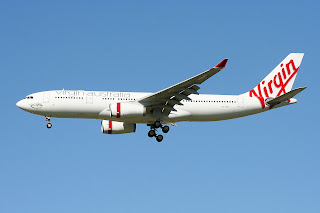 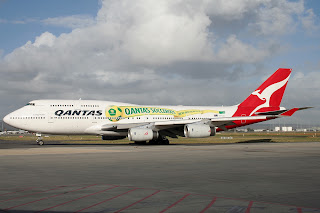 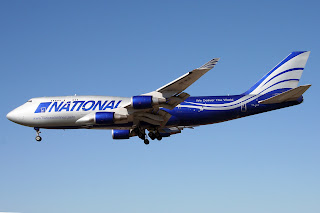 PROVING FLIGHTS:
Virgin Australia A330 route certification & crew training flights operated by both aircraft VH-XFA
& VH-XFB between Sydney, Melbourne, and Adelaide, prior to the commencement of services
operating between Sydney & Perth which commenced on 26th May 2011.

FLIGHT ANNOUNCEMENT:
Ethiad Airways officially announced that Perth is on its radar of one of its next destinations, as the
airline expands its operations across Australia. The airline hopes to commence services between
Abu Dhabi & Perth within 2 years.

VIRGIN AUSTRALIA:
After weeks of route proving & training flights, Virgin Australia commenced A330 services between Sydney & Perth today 26th May, the inaugural service was operated by A330-243 VH-XFB.

FIRE BURNING OFF / FOG DISRUPTS AIRPORT :-17th MAY:
Burning off by CALM (Conservation & Land Management) on 16th May caused a blanked of fog
to shroud the airport & its morning operations on the 17th May, up to 1000 passengers & with up
to 46 aircraft delayed caused morning chaos with inbound aircraft having to land at regional airports and or be held in holding patterns till the morning fog had burnt off.

QANTAS 747s RETURN AS THE COMPETITION HEATS UP!
With the flexability the airline has it has now decided to upgrade its Sydney - Perth - Sydney
QF 581/582 services in a show of strenghth now that the airline's competitor Virgin
Australia is now operating wide bodied A330 aircraft. (See our sensational photo of VH-OJS
in 'Soccoroos' colours soon after pushpack from Qantas domestic terminal in the Photo Gallery.

QANTASLINK 717 MISHAP:
Qantaslink 717-2KS VH-NXE suffered an engine failure on 2nd May soon after take-off
operating a mining flight as QF1820 to Newman, the aircraft returned to Perth safely landing
at 06.17hrs.