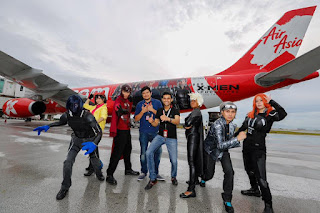 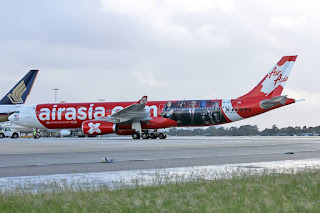 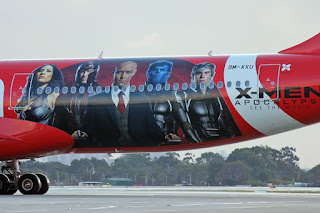 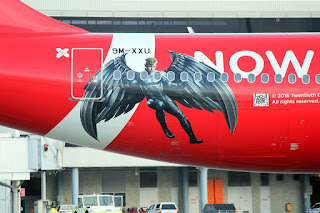 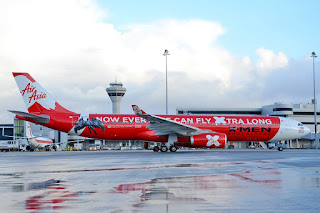 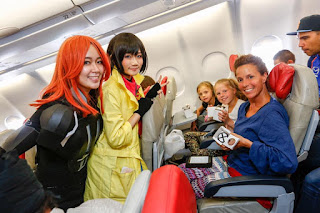 Travellers to Perth were treated seeing the characters as featured in Twentieth Century Fox's latest movie X Men Apocalypse aboard there flight from Kuala Lumpur to Perth today.

The airline's Airbus A330-343X 9M-XXU c/n 1581 adorns the movies logos externally on the aircraft's fuselage (as seen in the photos above) it operated flights D7232 arrived at 14.59hrs & departed at 16.53hrs returning to Malaysia.

This was the aircraft's Iinaugural service since X-Men Apocalypse decal's were applied to the aircraft on 19th May 16. Hexcode: 75002B