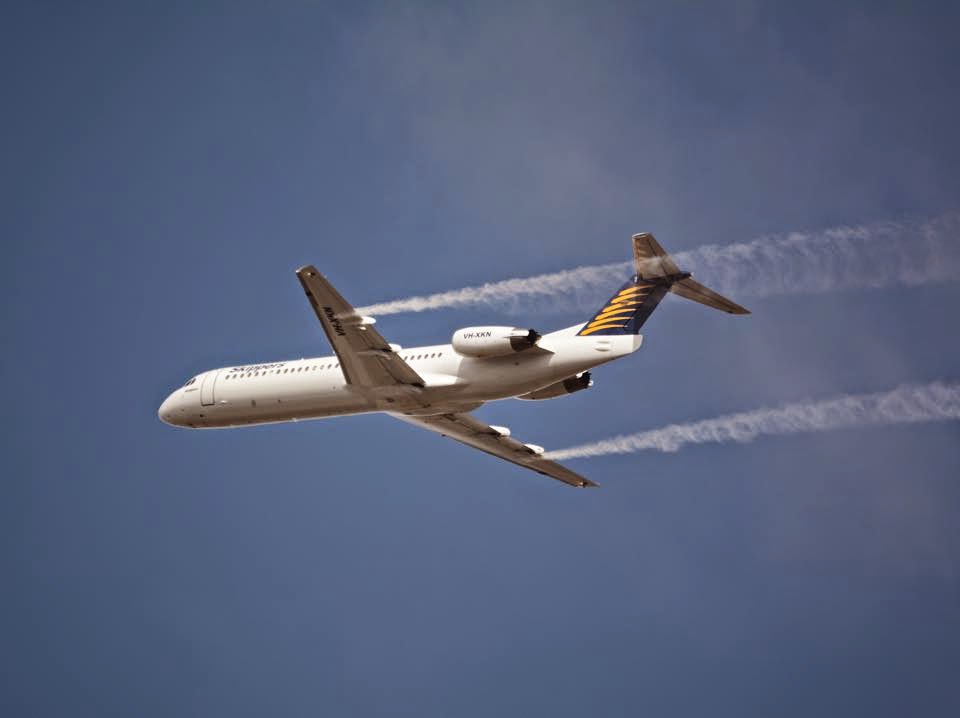 Skippers Aviation Fokker 100 VH-XKN msn 11420 departed Perth Airport today at 09.04hrs on a planned returned flight from Perth to Kalgoorlie, however on take off the aircraft was noted to have been seen with fuel being vented from both wings (as seen in the photo above) after a pass over the tower the aircraft then flew West flying out over Indian Ocean, West of Rottnest Island before returning to Perth Airport landing RWY24 at 09.57hrs, operating as flight 'X Ray Kilo November' the 53minute test flight concluded. Hexcode: 7C75E5