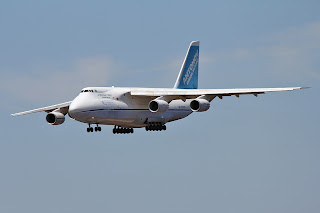 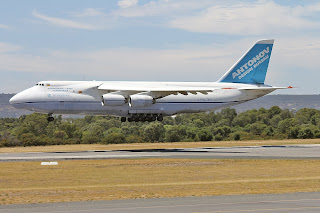 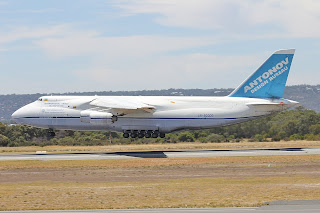 These brilliant landing pictures coincidently the first of of An-124:100 seen here above landing on RWY03 taken from the newly opened observation viewing area. Hexcode: 50801D
Posted by Greg Wood at 11:21:00 AM