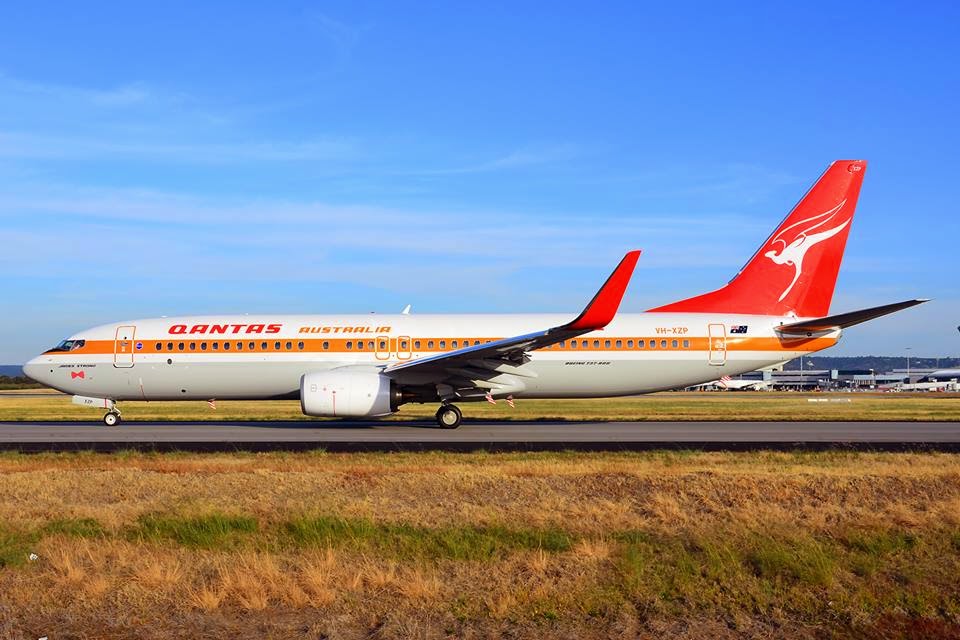 Qantas Airways B737-838 (W) VH-XZP c/n 44577 'Retro Roo c/s' departed Perth Airport at 18.05hrs as flight 'QFA1360' operating a 'Make A Wish Australia' charity flight for sick children, the 50 minute flight departed Perth orbited twice over Port of Fremantle, then flying north in the lane up the coast to Hillarys Boat Harbour before then heading West out to Rottnest Island flying a figure 8 over the island before then returning via Hillarys Boat Harbour then via Fremantle and an orbit over the CBD of Perth before  a flight up & over RAAF Pearce before returning back to Perth Airport landing at 18.56hrs. Hexcode: 7C7803