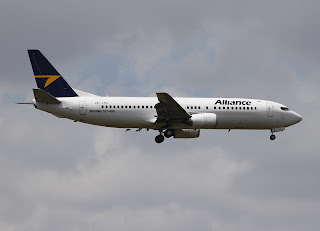 The B737-476 will be operated by Alliance Airlines will be operating twice daily Fly in / Fly out flights from Perth (YPPH) to Karratha (YPKA), with services commencing from 14th February.