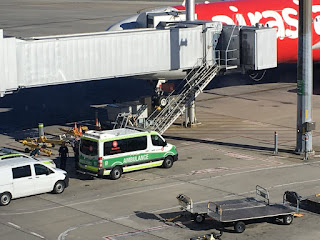 The aircraft was too far into its flight to Perth & continued on before landing at 05.22hrs, the aircraft A330-343E 9M-XXC c/n 1048 named 'Midnight Xcapade’ met by medical paramedics, WA Police & Australian Federal Police upon arriving at the gate. As a result, the outbound return flight to Kuala Lumpur 'D7236', has been delayed & is now re-timed to depart at 10.10hrs, and actually departed at 11.11hrs (delayed) returning to Malaysia.


Our thoughts are with the family at this difficult time.