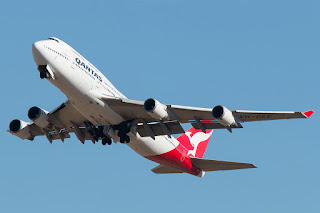 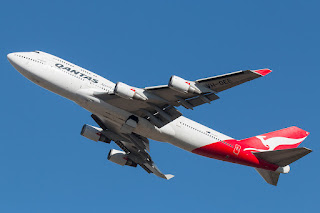 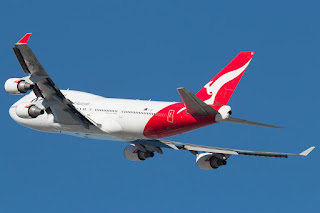 Qantas Airways B747-438 (ER) VH-OEE c/n 32909 named 'Nullabor' departed Perth Airport (YPPH) at 08.05hrs off RWY21 as Qantas flight 'QF2906' on this Australia Day public holiday weekend to Antarctica. Taking the scenic route overflying past Rottnest & Garden Island's on the way down to the glacier wonderland that is Antarctica.

Today's flight time was estimated to be 13hrs.27mins, however the actual flight time was 12hrs.31mins. Flight 'QF2906' returned to Perth Airport landing on RWY21 at 20.36hrs (WST) thus ending for what was for many the experience of a lifetime. A bonus for passengers was an  sky high view of fireworks being exploded for Australia Day from the Swan River. The aircraft making two orbits off the coast before coming into land on RWY21 from the north. Hexcode: 7C4774